German Strategy for Adaptation to Climate Change: Parcipitative development and implementation of climate adaptation measures in the Brunnenviertel in Berlin-Wedding as an innovative strategy in urban development

In the context of global climate change, extreme weather events such as intense rainfall or long-lasting heat waves are very likely to increase in their occurrence. This affects especially the urban population in densely built-up neighbourhoods. For municipalities, companies and households this results in increased costs, including dealing with damages, increased sickness absence and rising insurance costs. To mitigate these effects, comprehensive climate adaptation measures are required.

The project "KiezKlima" (engl.: "Neighbourhood climate") takes the neighbourhood level into the focus. The aim is to use the existing participatory structures in the pilot area "Brunnenviertel-Brunnenstrasse" (Berlin-Wedding) for climate adaptation measures and to implement a selection of measures. The project builds on the existing processes and strategies of the neighbourhood management (Quartiersmanagement - QM), which was implemented in 2005 in the pilot area. Measures to adapt to climate change will be developed, discussed, planned and implemented with the local residents. Based on a comprehensive evaluation of the processes and results of the project, a guideline with recommendations, transferable to other urban districts in Germany, will be created.

The main objectives of the project are: What kind of participation is needed for the implementation of climate adaptation measures at the neighbourhood level? What form of participation involves the different stakeholders? Which specific adaptation measures are suitable for the pilot area, based on the local climate conditions? What findings are transferable to other neighbourhoods?

The three-year project (period: October 2014 - September 2017) is funded by the Federal Ministry for the Environment, Nature Conservation, Building and Nuclear Safety ( BMUB ) within the framework "German Strategy for Adaptation to Climate Change" and is accompanied by the project management "Jülich Research Centre" ( PTJ ). The project is carried out by the Chair of Climatology at TU Berlin, CQ Beratung+Bildung GmbH , and L.I.S.T. GmbH and the subcontractors Bureau Baubotanik and EPC . It is supported by the external partners degewo , Mitte Borough Office and Senate Department for Urban Development and the Environment of Berlin. Thus, "KiezKlima" combines the know-how and expertise of different stakeholders from research, consultancy, administration and district work.

The Chair of Climatology at the TU Berlin examines the climatic conditions of the pilot area, using existing data as well as new measurements and numerical atmospheric modelling techniques. In particular, the different spatial structures, which can be found in the area, will be considered. The seasonal climate conditions as well as the variations due to climate extremes with regard to the living conditions in the pilot area are investigated. Appropriate measures to improve the local climatic conditions will further be identified and evaluated in terms of their effectiveness. 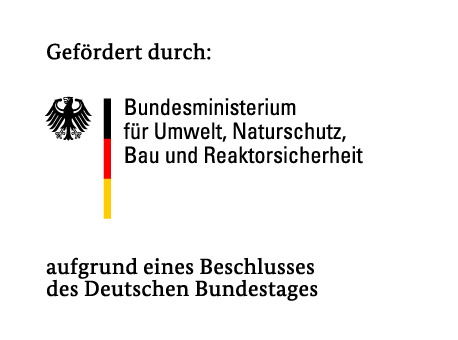